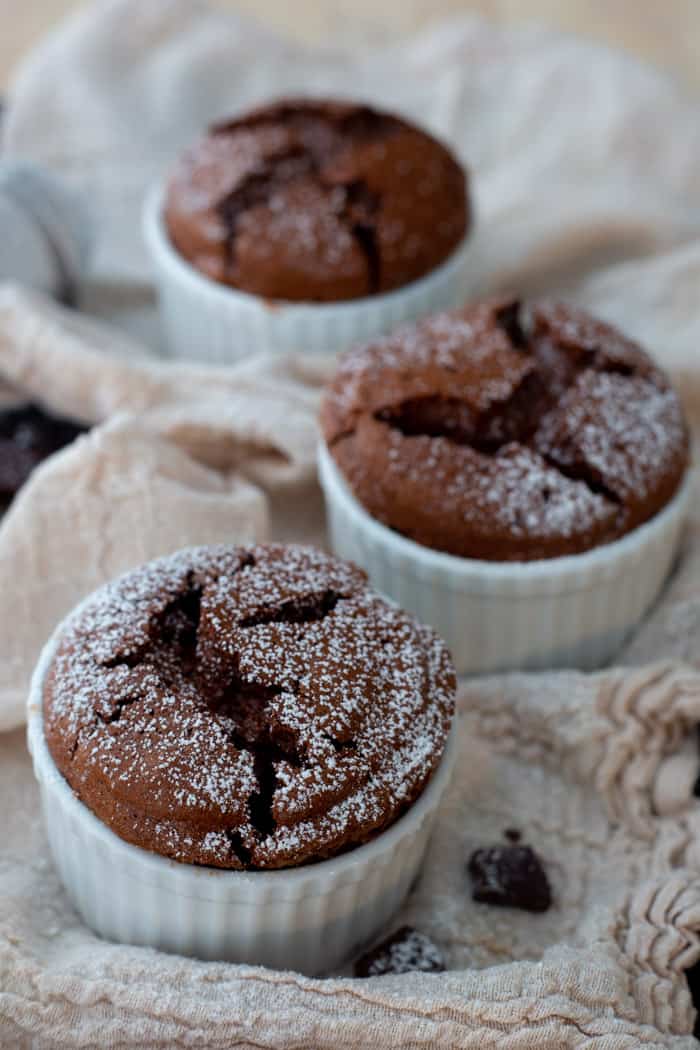 A chocolate souffle is a rich chocolate dessert made from a thick chocolate sauce combined with whipped egg whites. The egg whites made the souffle rise up a great deal in the oven.

Chocolate souffles are served warm and are often paired with a simple whipped cream or creme anglaise (which is basically melted ice cream). Chocolate souffles must be served as soon as they come out of the oven because they will start deflating immediately.

What is a Souffle?

All souffles are made up of two components: a very flavorful base sauce and an egg white foam. For a chocolate souffle the base is a rich chocolate sauce and the egg foam is a simple meringue.

These two components are folded together to create the batter for the souffle. The air that is whipped into the egg whites provides all of the leavening for the souffle. Air expands rapidly when heated and will cause the souffle to rise a great deal in the oven.

Can a Souffle be Prepared in Advance? 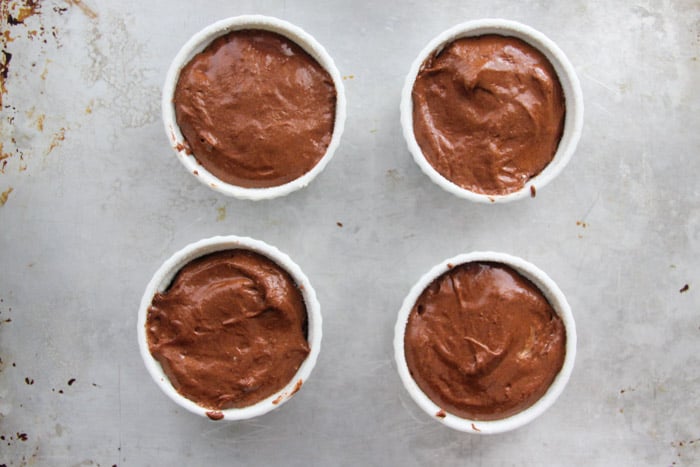 Souffles are one of the things in baking that must be prepared pretty close to when they will be baked and they must be served immediately. There is a saying that “you must wait for a souffle, but a souffle cannot wait for you.”

The souffle batter can be prepared up to 90 minutes in advance of when it will be baked without losing any significant volume. I like to add cream of tartar into my egg white foam to help stabilize the meringue so it can buy me some time.

Souffles do not hold up to freezing or being prepared far in advance of when they will be served. However, you can prepare the batter and fill your souffle dishes and hold them in the refrigerator for some time. You can then pop them in the oven while the main course is finishing up.

What is the Difference Between a Chocolate Souffle and a Molten Lava Cake? 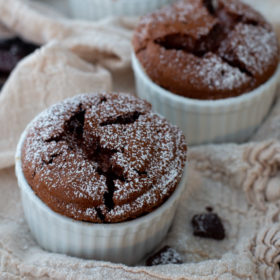 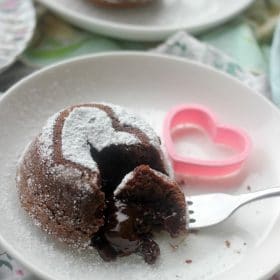 A chocolate souffle and a molten chocolate lava cake do have a somewhat similar final product. However a souffle is much lighter and airier than a lava cake.

A souffle is leavened with air and produces a very fluffy final product with a slightly molten center. A lava cake is a little more dense and has a much more molten center to it.

What Kind of Dish do you Bake a Chocolate Souffle In?

Truthfully, a souffle can be baked in any dish that has high sides. There are dishes that are made specifically for souffles, however a ramekin, a bowl, or even a coffee cup could all be used to bake a souffle in.

How to Make a Chocolate Souffle 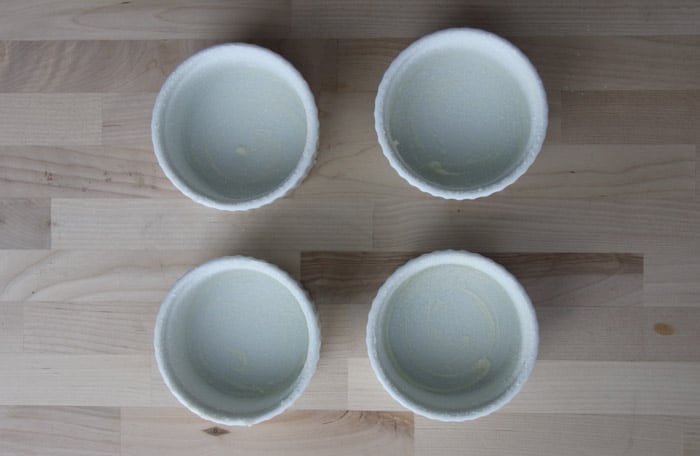 To prepare your souffle dishes, coat them well with softened butter. Make sure every surface of the dish is completely covered so that the souffle doesn’t stick and it can rise nice and high.

Additionally, I like to sprinkle sugar in my dishes to add a nice contrast of texture to the outside of the souffle. You could also dust them with cocoa powder. 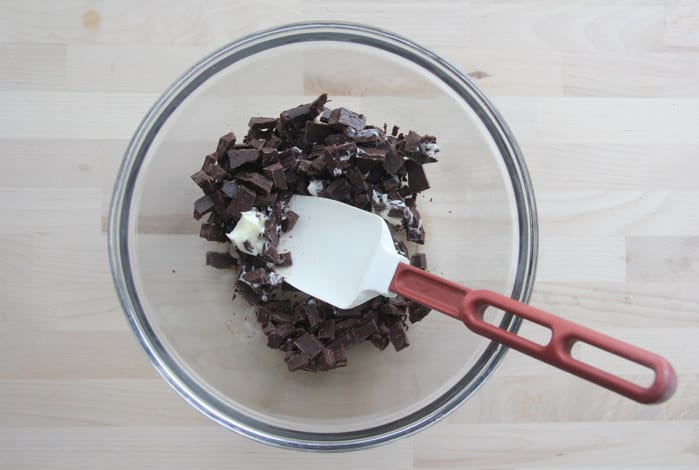 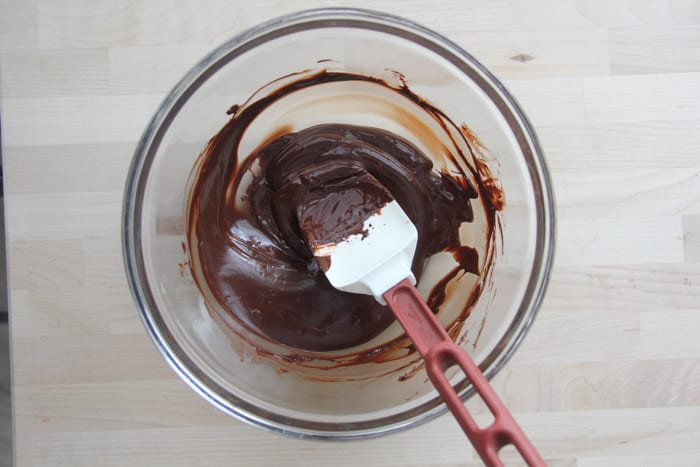 The base for the chocolate souffle is a rich, thick, chocolate sauce. You want to use a chocolate with a high percentage of cocoa because the egg whites will dilute the flavor. Somewhere between 65-75%. I use a 70% chocolate for my souffles.

Melt the chocolate slowly with the butter, until it is smooth and glossy. You can do this over a double boiler, or by melting in the microwave in 20 second bursts, stirring in between. Set aside the cool slightly. 2 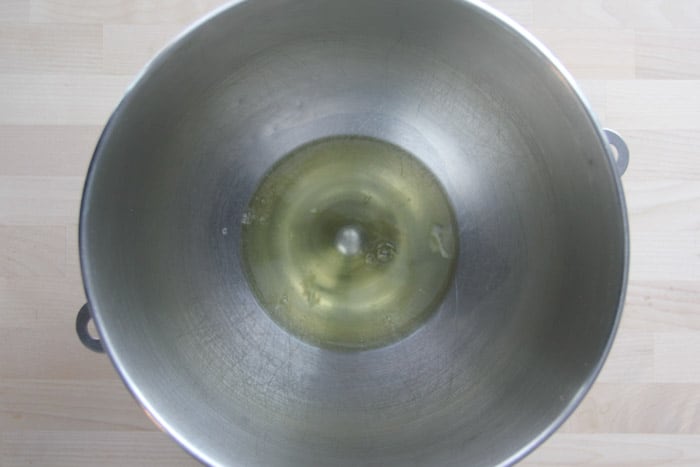 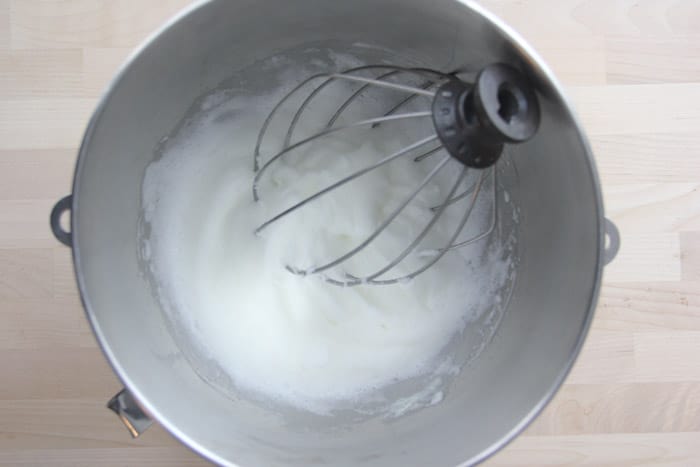 When you whip egg whites, you want to start with them at room temperature for the highest volume. Whip the egg whites by themselves first until you are getting close to medium peaks.

Then start slowly streaming in the sugar. The sugar will stabilize the egg whites but it can inhibit them whipping up to a high volume if you add it in the beginning. 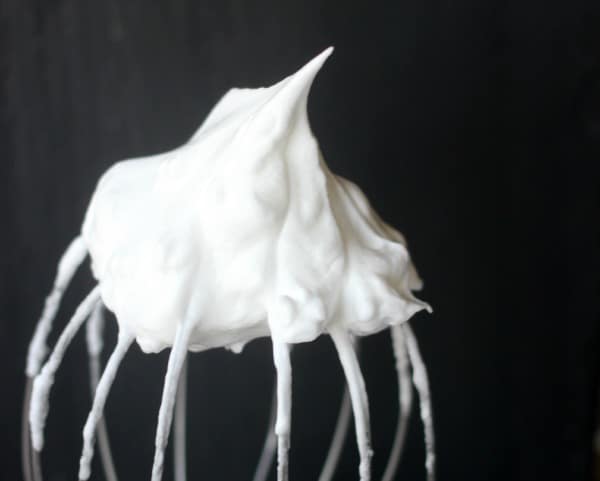 You can also add a pinch of cream of tartar at the end to further stabilize the egg whites. If you will be baking your souffles immediately, then you can omit this. 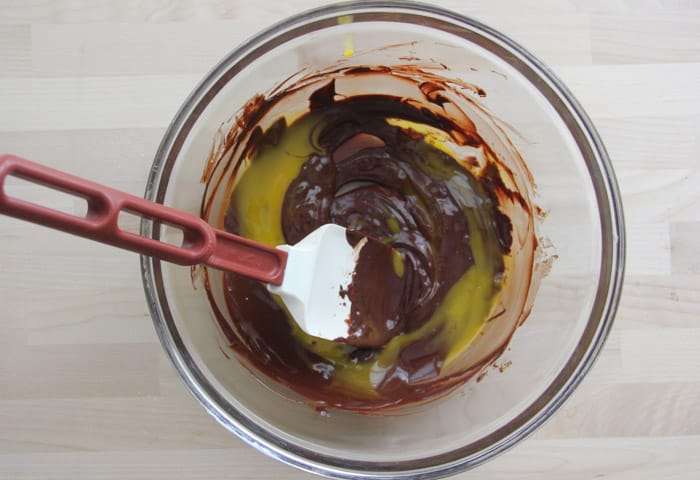 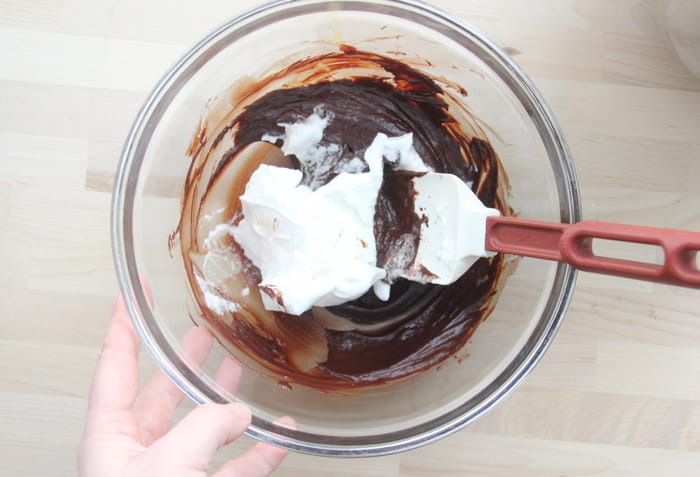 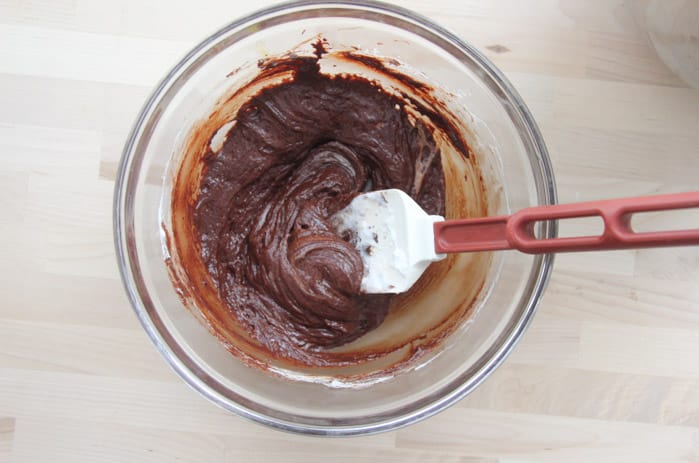 Fill the ramekins evenly with the chocolate souffle mixture. This will be enough to fill 4- 5 oz ramekins almost completely. See the recipe notes for halving the recipe for only 2 souffles. 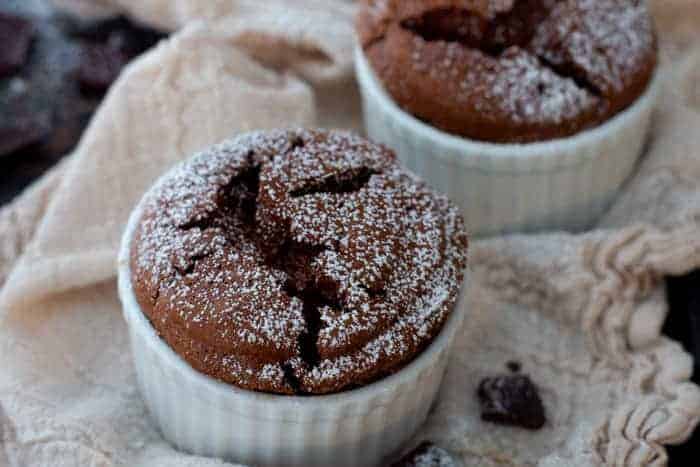 Bake the souffles at 400 F. This high heat will cause the air in the egg whites to expand rapidly to make them rise. It is important that you do not open the oven door until almost the end of baking to check to see if they are done.

These souffles are delicious as is, but can be topped simply with powdered sugar, whipped cream, or ice cream. The do need to be served almost immediately when they come out of the oven as they will start to fall.

For the Chocolate Base

For the Egg White Foam

Note: The batter for these souffles can be prepped a maximum of 90 minutes before baking, but no longer. The must be baked within that time frame or they will not rise well. If you do not bake them immediately, make sure you add the cream of tartar into your egg whites to help stabilize them.