These are seriously the best ever oatmeal raisin cookies! The key is to soak the raisins, brown the butter, and use a good dose of cinnamon! 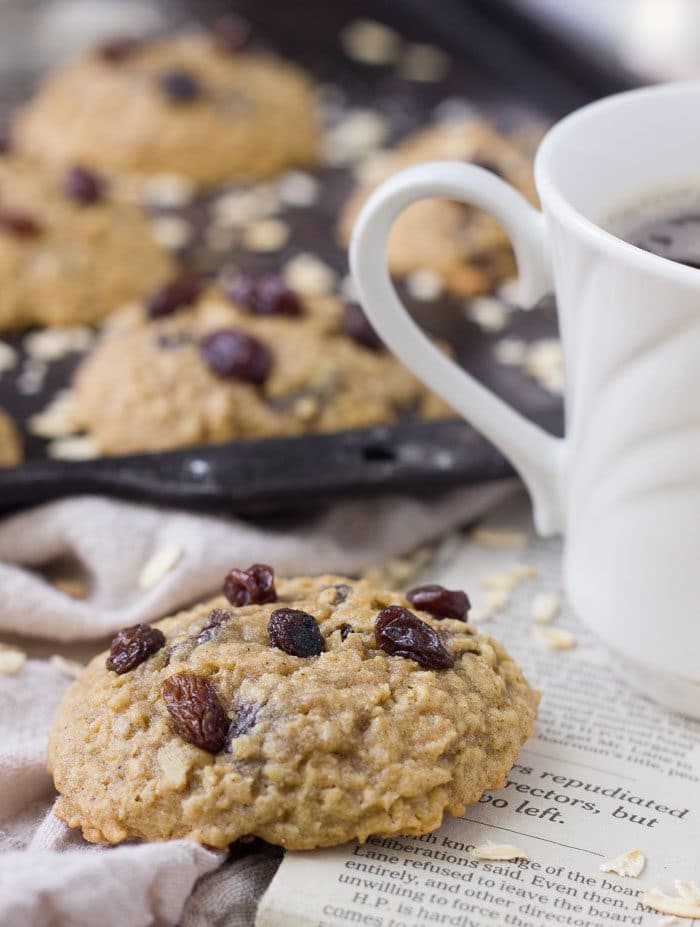 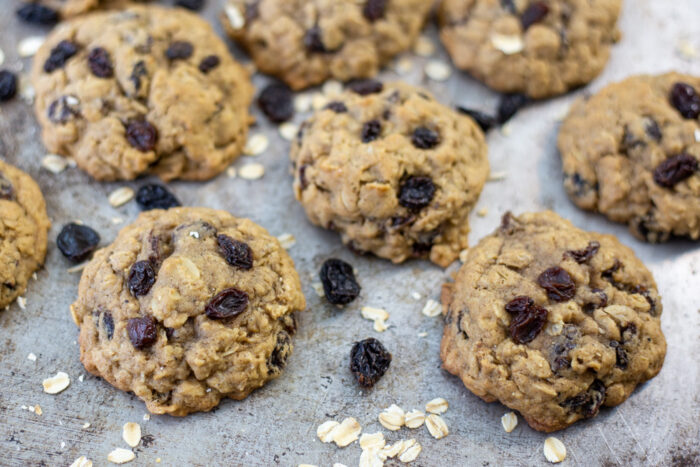 How to Make the Best Ever Oatmeal Raisin Cookies

These oatmeal raisin cookies are chewy in the middle and slightly crispy on the outside. They are loaded with soaked raisins, chewy oats, and lots of cinnamon flavor! Let’s get to making them… 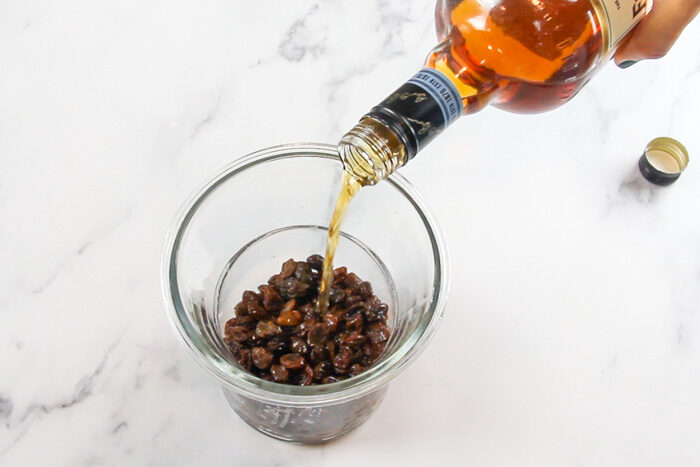 At least 8 hours before you plan to make the oatmeal raisin cookies you will want to soak your raisins. I usually use bourbon but spiced rum is equally as delicious! Soaking the raisins will plump them up and make the raisins much more flavorful and palatable.

Before you make the cookies, drain them very well. I like to save the liquid in the refrigerator to use for cocktails later! 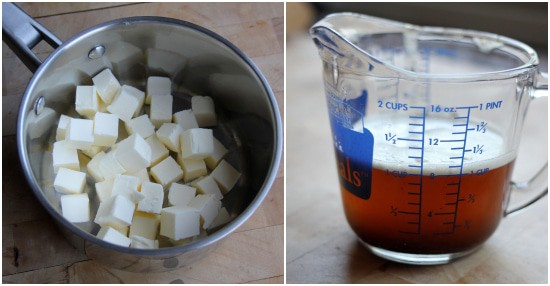 Once you’re ready to make the cookies, we’re going to start by browning the butter. This is going to give the cookies some nutty and toasted notes. It elevates the flavor so much!

Cut the butter into small pieces and cook it over medium heat. Stir the butter frequently until it turns a dark golden brown. Then pour off and let cool for about 5 minutes. 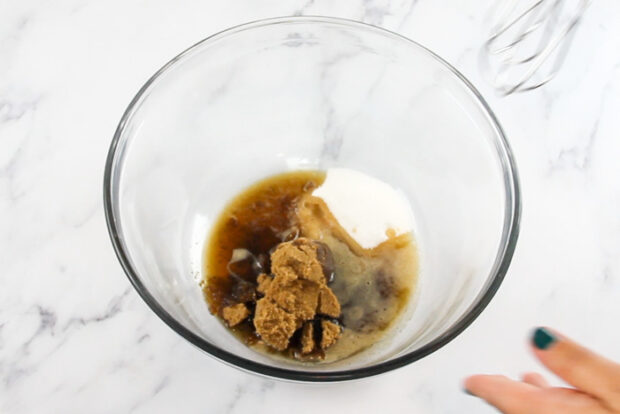 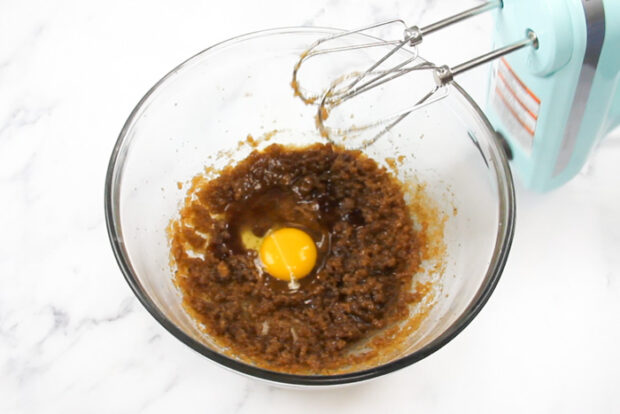 Mix together the brown butter with the granulated sugar and dark brown sugar until well combined. You won’t be able to cream the mixture because the butter will be liquid.

Next mix in the egg and the vanilla extract. We’re going to use a high ratio of vanilla in this recipe to give a good depth of flavor.

Step 4: Mix in the Dry Ingredients 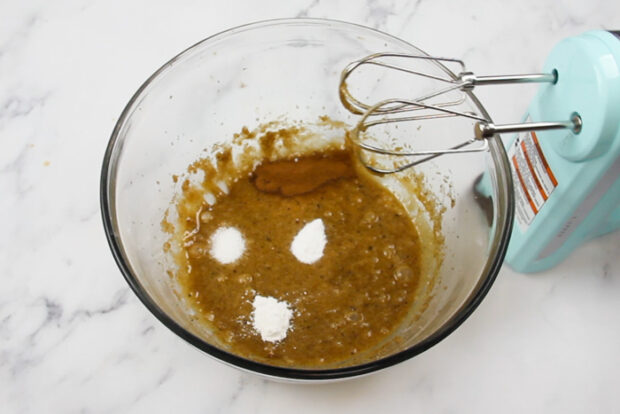 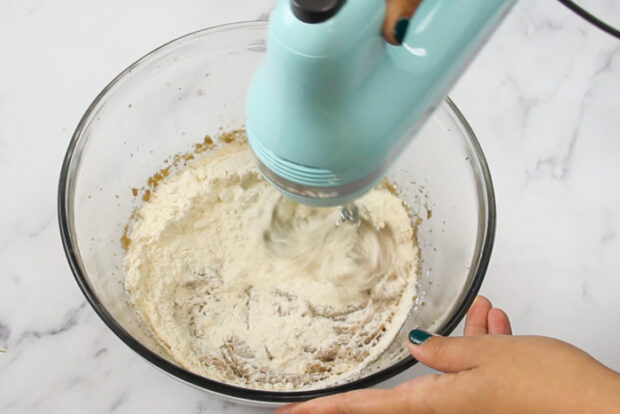 The dry ingredients are mixed in next. I like to start by mixing in the salt, leavening, and cinnamon before adding the flour so that they get evenly distributed.

Once you add the flour into the mixing bowl, you want to mix until it is just incorporated. This should only take about 10-15 seconds of mixing. The more you mix the more dry and tough your cookies can become.

Step 5: Fold in the Oats and Soaked Raisins 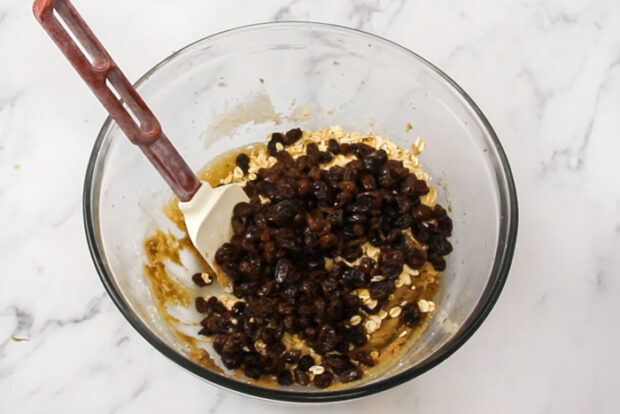 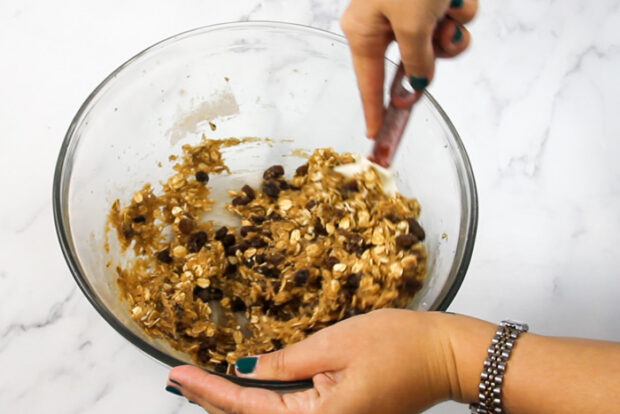 Use a rubber spatula to fold in the rolled oats and the soaked raisins that had been drained. The dough will be pretty thick. 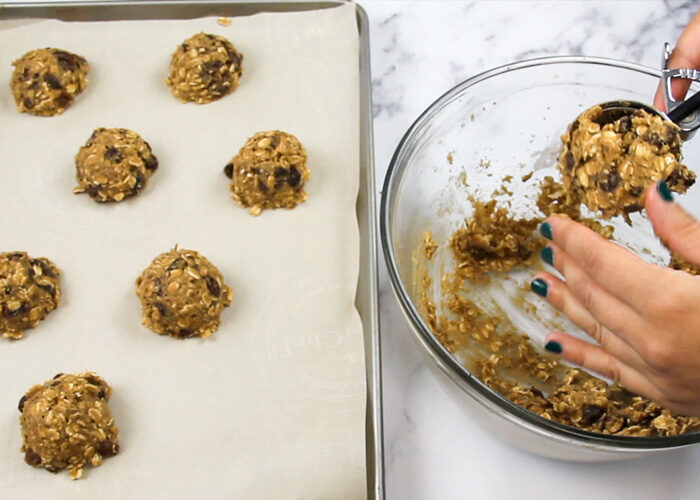 Scoop large mounds of dough onto a parchment lined baking sheet. I use a large cookie scoop that is about 3 tablespoons in size. If you prefer, you can make smaller cookies, but you will need to adjust the baking time. 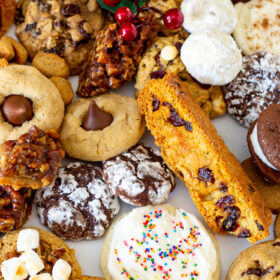 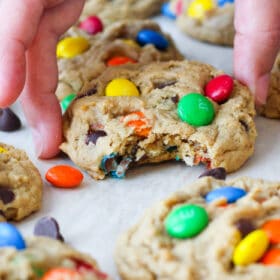 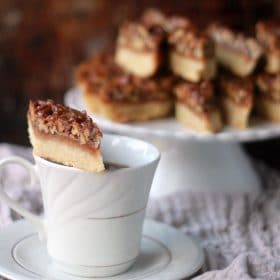